The show ‘Your Honor’ is an Indian adaptation of the Israeli web series created by Ron Ninio and Shlomo Mashiach. This Hindi web series portrays how a person can go extra miles and break all the principles to save the one he loves. Directed by National award winner E Niwas, Your Honor is a must watch for all thriller fans out there. This series is about a respectable judge who lives in Ludhiana, Punjab. The intense themed drama revolves around the life of Bishan Khosla, a judge, who not only practices law in the true sense but also lives by it. Known for his unbiased and fair judgements, Bishan has earned a lot of respect in the society. He was married to a girl who was 10 years younger to him. But later, she dies under strange circumstances and leaves behind a teenage son. 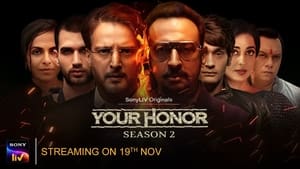